5 Titles That Show Off LZWolf Features

LZWolf is a fork of the ECWolf source port developed by Linuxwolf, laying the groundwork for additional modding capabilities, so budding designers can make ambitious and creative projects with relative ease.

This is a selection of five games built on the LZWolf engine that utilize these features in interesting and prominent ways.

These projects are only the tip of the iceberg. Both ECWolf and LZWolf are capable of a lot and there are many games worthy of attention created on them.

If you feel inspired, it's easy to get into creating games on the engines yourself! You can get started with Dunkelschwamm's Mapping for ECWolf videos, and visit the Wolf3D.net Discord to talk not just LZWolf and ECWolf, but all things Wolf3D related! 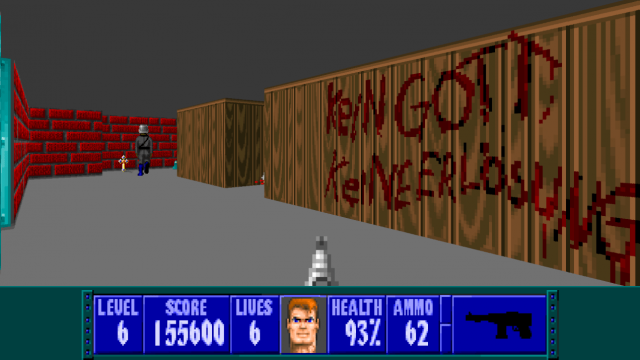 Souteed is just 5 levels long, but was the first release on LZWolf to properly utilize LZWolf's "Factions" feature. Factions gives the game designer the option to assign enemies and the player to teams, creating an alliances and enemies system as well as the additional feature of enemies killing each other.
Fimbul utilizes this feature to create a short narrative that is up to the player to discover, and it's a fun one. 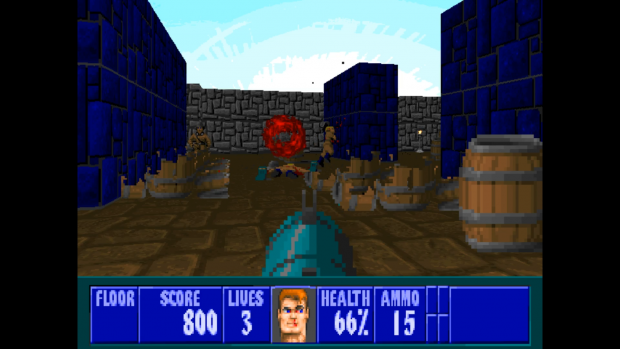 A compilation of submissions from new and old modders alike, this community project organized by Dunkelschwamm and AstroCreep is a mash up of various ideas and concepts, backed up by some interesting uses of LZWolf's scripting capabilities.
Every level provides a different experience, and accessed through a single interestingly detailed and exploration-rewarding central level. 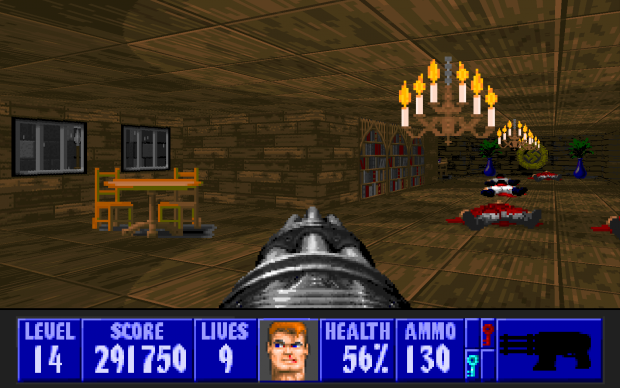 This is a large and atmospheric game by gitlance that makes major use of a special feature in LZWolf; halo lighting effects. Radial lighting is something that has not really been explored in Wolf3D in the past, and it definitely changes the visual feeling of the game immensely.
The game does far more over it's 15 levels, including the implementation of new enemies and weapons, as well as an array of other weather effects and features.

4. Coming of the Storm

While permission is generally asked to be sought before porting another person's game, Orka's port of WSJ's classic project was made possible due to LZWolf's sky and weather effects, replicating the same effects which have seen popularity in the Wolf3D community over the many years they've been available.

Coming of the Storm is a classic and if you haven't played it already, this is well worth the experience if you can't play the original DOS version. 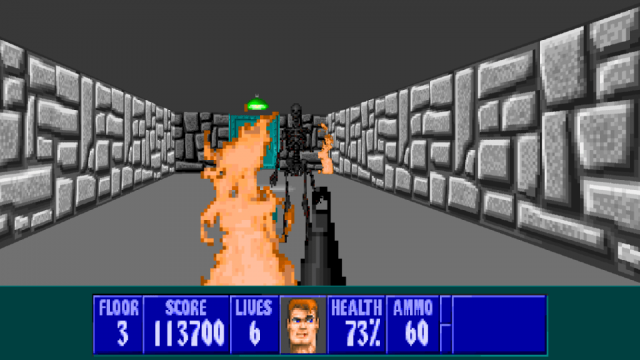 A series of mods that were released by AstroCreep early in LZWolf's life, Demolition takes existing mapsets and games, applying an array of new enemies and weapons to them to create an alternative way to play. Demolition works with Wolfenstein 3D, Spear of Destiny and many mapsets built for them.

These releases also show off a feature built into LZWolf; unique death animations. As a designer, you can have the death animation of an enemy depend on the weapon used, such as burning alive when killed with the flamethrower!